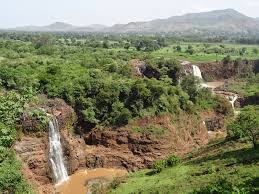 Andy arrived in Bahir Dar on Wednesday, for a one day, two night rest. I’d booked him into the Rahnile Hotel which turned out to be lovely – thank goodnesss for Trip Advisor.

From the Rahnile Hotel brochure: Bahir Dar is one of the leading tourist destinations in Ethiopia. Located on the southern shore of Lake Tana, the source of the Blue Nile (Abay), with a variety of attractions nearby including Lake Tana, Blue Nile River, Simien Mountains National Park, Lalibela and Fasiledas in Gondar. The city is also known for its wide avenues lined with palm trees and a variety of colourful flowers and is considered as one of the most beautiful, well planned, and safest cities in Africa by many standards.

The two days riding into Bahir Dar sounded like they were fun and easy, back on paved roads, some non-scary climbs and enjoyable downhills. Andy said ‘I’ve got my mojo back’. That’s good news. It’s been missing in action for a lot of the past week.

He’s healthy again and sounding relaxed with a more realistic view of the ride.  There are five days riding from Bahir Dar to Addis with some serious climbs along the way but he’s feeling strong, the roads are paved and the Elsworthy is humming along.

I’ve been collecting things to take with me to Addis next week, including some spares, but they found a big bazaar in the town so he may not need them.

Just another day on a bike in Africa…